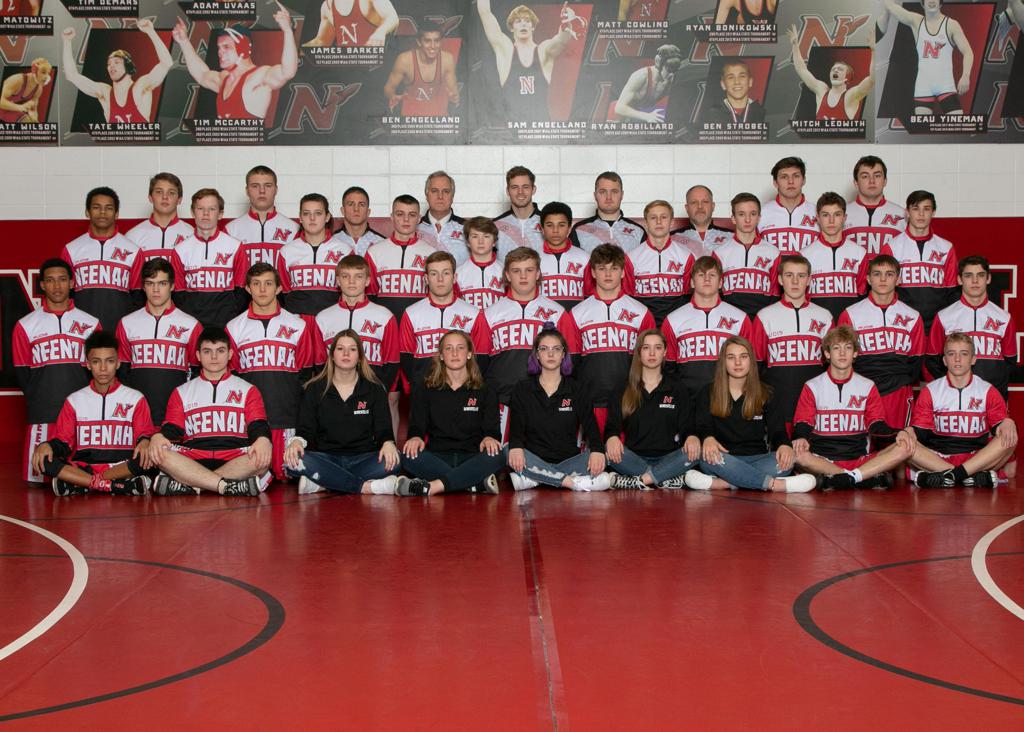 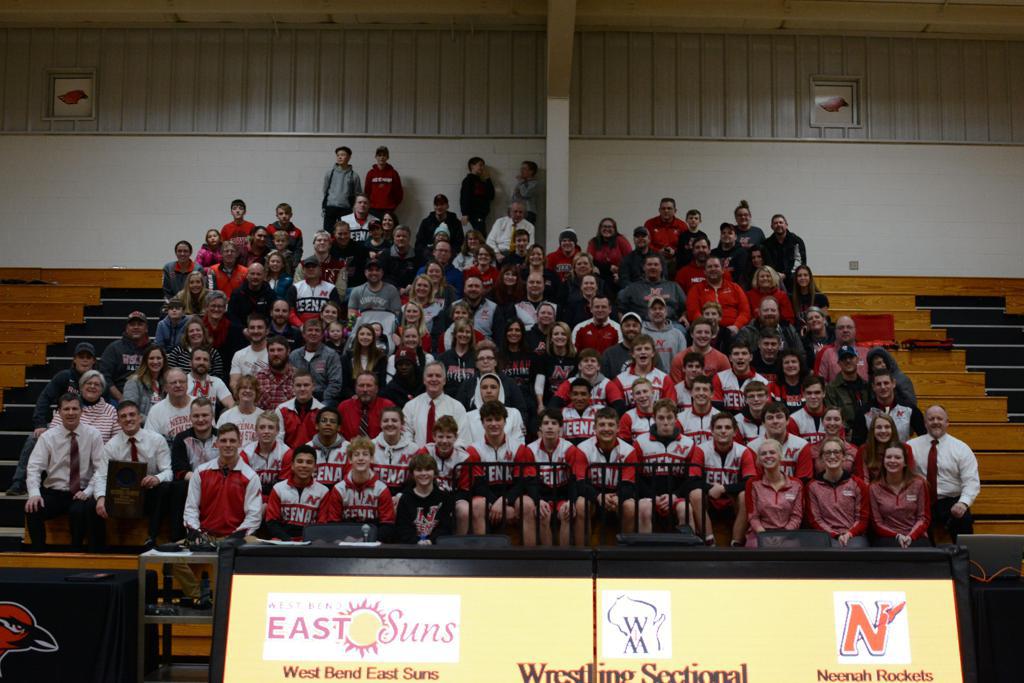 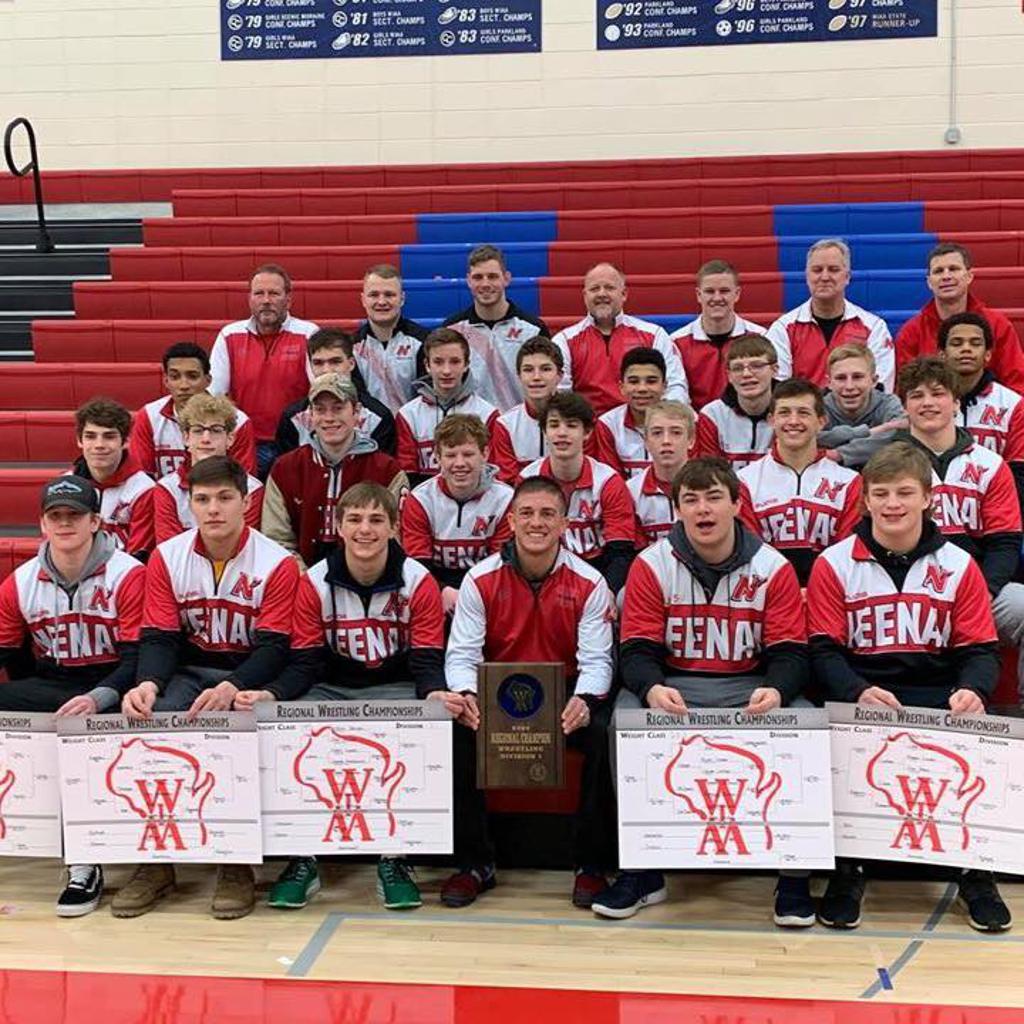 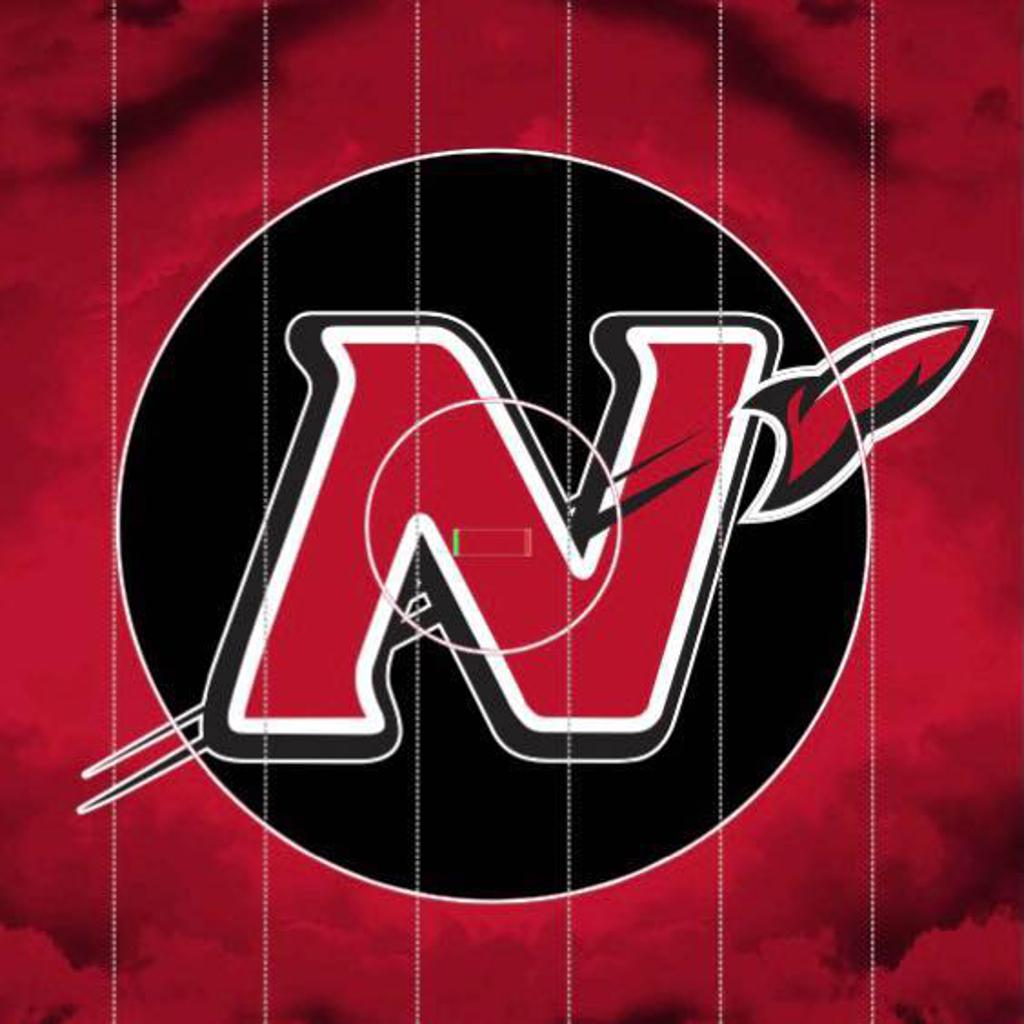 Rumble at the Rocketorium Updates

Rumble at the Rocketorium Updates 2020

Here is the event schedule:

Wrestlers need to download the Spirit App @ https://play.google.com/store/apps/details?id=co.spiritappllc.spirit&hl=en_US for tracking team points throughout the school year.

More information will be provided at our Team "BACK TO SCHOOL" meeting Wednesday September 18th at 6:00 AM.

Team Buildr App for AM Lifting

When time allows please download the Team Buildr App on your cell phone.

Once on the app click on EASY JOIN CODE.

The 2019-2020 USA Wrestling Membership Year is now open for online registration at www.usawmembership.com.

USA Wrestling Athlete cards are must haves for those who plan on wrestling at local wrestling clubs during the 19-20 year such as (Askren Wrestling Academy, Aviators, Kangaroo).

NOTE* The Neenah Wrestling Club for the 5th consecutive year will be purchasing the HS Athlete Cards.  Coach Kleuskens will be placing the order in late September.  It is mandatory our athletes attend our meeting on September 18th at 6:00 AM so Coach can get the necessary information to purchase these cards.

For Youth and MS athletes USA Wrestling Athlete cards are also mandatory for those who complete in USA Wrestling affiliated competitions such as...

The Neenah High School Wrestling Team won the WIAA Team Sectional Dual Tuesday February 18th 2020 at Hartford Union High School vs West Bend East 36-25. Neenah was down early in the dual 9-0 but Davin Munoz @ 182 turned the tides with a critical 5-3 decision in the closing seconds at 182 pounds. The rockets quickly added 24 team points with three consecutive pins by Marshall Kools (195), Bryce Fochs (220), and Caleb Letson (285). William Rambert picked-up a forfiet at 106 pounds to make it 27-9 Neenah. The WBE Suns closed the gap to make it 27-13 when freshman Jayden Sheppard stepped on the mat. Sheppard stepped up in the 3rd period down 2-0 to pick up two three point nearfall turns to win 6-2 and extend the Neenah lead to 30-13. Charlie Alft at 126 sealed the Team State Clinching dual with a 7-5 win to make it 33-13. Drake Hayward at 145 pounds capped off the night with a 5-4 decision to make the final score 36-25. The top four place winners from the WIAA Regional Championship day all moved on to the WIAA Individual Sectional Tournament on Saturday February 22nd at Oshkosh North High School. The top two of eight wrestlers in the brackets will advance to the WIAA Individual State Tournament in Madison Thursday February 27th-Saturday February 29th. Please come out to cheer on Tyler Beauchamp (106), Evan Piechocki (113), Jayden Sheppard (120), Ramon Manka-Wigfall (132), Drake Hayward (145), Austin Lewis (152), Bryce Crook (170), Davin Munoz (182), Marshall Kools (195), Caleb Letson (220), and Bryce Fochs (285).

The Neenah High School Wrestling Team won the WIAA Regional on Saturday February 15th 2020 in dramatic fashion at Slinger High School. The Rockets knocked off #9 Ranked and 3X Returning Team State Qualifiers in Slinger in the final round of wrestling. The Rockets crowned 5 regional champions in Drake Hayward (145), Bryce Crook (170), Marshall Kools (195), Caleb Letson (220), and Bryce Fochs (285). Hayward was the 3rd seed, Crook the 6th seed, and Letson the 4th seed to begin the tournament. Jayden Sheppard lost in the finals to the #1 ranked wrestler at 120 in Wisconsin to place 2nd. Tyler Beauchamp (106), Evan Piechocki (113), Austin Lewis (152), and Davin Munoz placed 3rd and Ramon Manka-Wigfall was 4th at 132. The team competes on Tuesday February 18th at Hartford Union vs regional champion West Bend East for a birth to the WIAA Team State Tournament on the line. The WIAA Team State Tournament is held at the UW Madison Fieldhouse March 6th and 7th. The top four place winners all moved on to the WIAA Individual Sectional Tournament on Saturday February 22nd at Oshkosh North High School. The top two of eight wrestlers in the brackets will advance to the WIAA Individual State Tournament in Madison Thursday February 27th-Saturday February 29th.

Congrats to Neenah Senior and Standford recruit Marshall Kools on being named the 2020 Fox Valley Association Wrestler of the Year.

The Neenah High School Wrestling Team placed 3rd of 10 teams at the 50th annual FVA Conference Tournament. Neenah was led by 2X FVA Conference Champion Marshall Kools @ 195. Kools was also voted as the Fox Valley Association Wrestler of the year and is now 34-0. Drake Hayward also won his first conference championship at 145 pounds moving to 29-5 on the season. Jayden Sheppard placed 2nd at 120 pounds to finish his freshman FVA campaign as an all conference 2nd team member. Charlie Alft (126) and Bryce Fochs (285) also placed 3rd to make the all FVA Honorable Mention Team.

The Neenah High School team wrapped up it's FVA Dual Season with a 48-18 win over the Oshkosh North Spartans on Thursday January 30th. The Rockets capped the 2019-2020 FVA Duals with an overall record of 7-2 which places our team in 3rd place heading into the 50th FVA Conference Tournament on Saturday February 8th at Kaukauna High School. Racking up 6 team points for pinning their opponents on the evening were...William Rambert (106), Davin Munoz (182), Bryce Fochs (220), and Caleb Letson (285). Tyler Beauchamp (113) won by technical fall while Jayden Sheppard (120) and Austin Lewis (138) won by decision. Drake Hayward (145) and Marshall Kools (195) each won by forfiet.

The Neenah HS Wrestling Team traveled to Homestead High School on Friday January 24th 2020 for the Highlander Invitational. The Rockets placed 3rd out of 27 teams on the evening and ahead of FVA Conference Teams in Kimberly and Fond du Lac. Marshall Kools improved to 30-0 on the season with a 5-0 day which included 5 pins in route to the title at 195 pounds. Drake Hayward finished 2nd at 145 pounds and was 4-1 on the day with 4 pins improving his season record to 25-5. Jayden Sheppard was 3rd at 120 pounds and Bryce Fochs was 3rd at 285 pounds. Tyler Beauchamp was 5th at 113 pounds and Ramon Manka-Wigfall placed 6th at 132. Davin Munoz and Caleb Letson rounded out the top 8 placing 7th and 8th respectfully. Other Rockets competing in the event were Bryce Crook 9th at 170, William Rambert 13th at 106, Austin Lewis 13th at 138, and Kenny Schaufelberger 15th at 160. The varsity team returns to action Thursday January 30th at Oshkosh North High School to close out the FVA dual meet season. The Rockets head into week #9 in 3rd place in the FVA Conference.

Three Neenah High School Wrestlers punched their ticket to the Wisconsin Wrestling Coaches Association Tournament by placing top three in their respective weight class at the Little Chute Qualifier this Saturday January 11th. Two Rockets claimed titles in Nick Novak (113) and Eric Schaufelberger (220). Novak was 4-0 with two pins while Eric Schaufelberger was 4-0 with four pins. Charlie Alft placed third at 126 going 4-1 on the day with 4 pins. The WWCA State Tournament is Saturday January 25th at Wausau West High School. All JV State Placewinners will win their varsity letter in wrestling this season. Hannah McCormick will also be competing at the WWCA State Tournament in the Girls Tournament at the 145 pound weight class.

Neenah dominates Rumble at the Rocketorium v4 over Oshkosh West 56-18.

Neenah Wrestling finishes 9th of 67 teams at the 2019 Oshkosh on the Water Tournament.

Neenah High School Wrestling placed 9th of 67 teams at the Oshkosh on the Water Christmas Tournament held at the Kolf Sports Center at the University of Wisconsin Oshkosh this past weekend Friday December 27th and Saturday December 28th. Neenah crowned one champion on the day in Marshall Kools @ 195. This was Kools 2nd consecutive OTW Title after winning the 195 pound championship one year ago. Kools improves to 17-0 on the season and leads the team in wins (17) and pins (8) heading into 2020. Drake Hayward was 5-1 on the weekend and made it to the championship match vs nationally ranked and Wisconsin Badger commit Aiden Medora from St. John's Military Academy. Drake dropped his finals match to Medora 10-4. Evan Piechocki (106) was 8th and Tyler Beauchamp (113) was 11th. Jayden Sheppard (120), Bryce Crook (170), and Caleb Letson (285) each made the 2nd day of the event and dropped their opening blood round match to end their tournaments.

Neenah High School Wrestling placed 4th of 22 teams at the Badger State Invitational in Madison WI this past weekend. Wrestling took place on Saturday December 21st at the Alliant Energy Center Convention Center. The Rockets finished behind the #1 Ranked Team in D3 Fennimore, #1 Ranked Team in D1 Stoughton, and #9 Ranked Team in D1 DePere and ahead of D1 #12 Ranked Waunakee, D2 Honorable Mention Baldwin-Woodville, and D3 Honorable Mention Mineral Point. Neenah crowned one champion on the day in Marshall Kools @ 195. Kools wins the title after finishing as a runner-up in 2018 @ 195 and 2017 @ 220. Kools lead the team with 11 wins on the season as he holds an 11-0 record. Jayden Sheppard had another strong showing placing 3rd @ 120 pounds and moving to 10-1 on the season. Jayden revenged his only loss on the season in the first round. Tyler Beauchamp (113) and Dante Caiani (126) both made the semifinals and dropped their final two matches to place 4th. Evan Piechocki (106), and Drake Hayward (145) both placed 5th while a pair of sophomores in Austin Lewis (138) and Caleb Letson (285) each placed 6th. Davin Munoz (182) rounded out our top 8 place winners by coming in 7th (182). Ramon Manka-Wigfall (138) and Bryce Fochs (220) both lost in the opening round yet battled to win three straight matches to become the consolation champions in their weight classes.

Neenah High School Wrestling dropped an FVA Conference home dual 32-33 to D1 #7 Ranked Kimberly on Thursday December 19th. The Rockets held a 13 point lead with 3 matches to go but were unable to hold off a strong Kimberly team. On the night Neenah won 7 matches and Kimberly 6 plus a forfeit. The Rockets won the pin battle 3-2 but lost more bonus points in the non-pin match-ups. Picking-up pins for the Rockets were Marshall Kools (195), Tyler Beauchamp (113), and Jayden Sheppard (120). Drake Hayward won by tech-fall @ 152 over a returning FVA Conference Champion and State Qualifier. Evan Piechocki (106), Dante Caiani (126), and Austin Lewis (138) also picked-up wins.

The Neenah High School Wrestling Team opened the 2019-2020 WIAA competitive season with a 42-32 win over FVA Conference Foe Hortonville. The Rockets were led by Drake Hayward (145), Davin Munoz (182), and Bryce Fochs (285) who all recorded pins. Tyler Beauchamp (113), and Austin Lewis (138) each won by decision. Jayden Sheppard (120), Marshall Kools (195), and Caleb Letson (220) picked-up forfeits on the evening. This was also our annual parents night and we recognized our partnership with Thedacare who's sponsorship helped us purchase a new competition mat for our program.

Neenah Senior and member of the class of 2020 Marshall Kools has committed to Stanford University. Kools intends to wrestle for the Cardinals at 197 pounds. Congratulations to Marshall on this amazing academic and athletic achievement. Stay tuned for an official Marshall Kools signing day in the near future held at Neenah High School.

Congrats to Neenah Senior and Standford recruit Marshall Kools on being named the 2020 Fox Valley Association Wrestler of the Year.

The Neenah HS Wrestling team qualified 3 individuals for the WIAA State Tournament in 2018-2019. Returning to Madison for the 2nd consecutive time are the trio of Drake Hayward, Marshall Kools, and Isaiah McCormick. Marshall Kools finished 3rd in D1 @ 195. Isaiah McCormick finished 6th in D1 @ 170. Drake Hayward lost in the blood-round (placement) to go 2-2 in the state tournament.

Neenah Junior Tyler Beauchamp was selected to represent the Neenah Student Athletic Leadership Team for the 2019-2020 academic year. Congratulations to Tyler for being selected to this team of student leaders at NHS.

5 Neenah HS Wrestling Team members during the 2018-2019 season made the Wisconsin Wrestling Online All-State Scholar athlete teams. Nominees must have a minimum of 10 varsity matches and a .600 winning percentage%. WIAA State Placewinners and Qualifiers earn additional points based on results.